2021: a difficult year in Burgundy

In Short:
2021 was a particularly tough vintage in Burgundy, and many expect the region's shortest supplies in decades.
Burgundy, in France, has a cool-to-moderate climate, and this varies depending on how far south you travel in the region. As a rule of thumb, the northerly areas have the coolest climates.

For this reason, Burgundy vineyards can be affected by a foe that's familiar to many French regions – spring frosts. These cold temperatures can kill off the buds as they begin to show on the vine, and the result on the eventual grape harvest is devastating.

This year, several April evenings hit the extreme end of sub-zero temperatures in Burgundy, with some as low as -8°C. And, despite several winemakers and farmers burning candles in the hope of warding off the frosts, these temperatures led to significant damage in Burgundy vineyards, which may have consequences that last several years.

Chardonnay, which buds slightly earlier many others, was the main grape variety affected. Although Pinot Noir, another relatively early-budding variety, saw a significant impact, too.

It looked like a small victory, in early June, when warm temperatures promised to save some of the day. Unfortunately, hail came to take out more of the harvest later on in the month.

This was the perfect storm to create a difficult year for Burgundy farmers, winemakers and wineries alike. The Drinks Business reported that yields are expected to be around 47% lower than those of 2020. And state-owned news channel France 24 said that the region produced 750,000 hectolitres compared with 1.56 million the year before.

Chablis, the northernmost, coolest Burgundy region, was hit the hardest by the spring frosts, and our Burgundy buyer, Elizabeth Kelly MW, predicts that some producers there were as much as 80% down on expected harvests.

The Côte d'Or, the home of the world's finest Chardonnay and Pinot Noir, was also badly hit by these frosts. This followed a series of tough vintages in 2019 and 2020. In light of this, 2018 was essentially the region's last 'normal' harvest.

The Mâconnais is in the southern area of Burgundy. Despite its warmer, moderate climate, it was also affected by the frosts. Unfortunately, it was then also hit by the hail in June. As a result, some of our most popular Burgundy wines, such as Mâcon-Villages and Mâcon-Lugny, were made in much shorter supply this year.

Even Beaujolais, which is south of Burgundy, was affected by this harsh weather – particularly the lower-altitude vineyards, which create wines labelled 'Beaujolais' and 'Beaujolais-Villages'.

All of this means that we expect demand to outstrip supply until (we hope) Burgundy provides our many cherished winemakers, producers and estates with a much more forgiving vintage in 2022. To support grape growers when they have lost much of their crop over a difficult year, we expect the prices of some of our classic lines to rise.

But we've got plenty up our sleeve to satisfy fans of red and white Burgundy alike – our buying director, John, said: “for the curious, wine-savvy shopper, we will have plenty of options to enjoy and explore, and while pricing may be higher, we'll always strive to offer outstanding value for money“.

Our initial tip is to look slightly further afield from the classic appellations to find value in fantastic alternatives this year. For example, Puligny-Montrachet and Chassagne-Montrachet fans can look over the borders to the neighbouring Saint-Aubin. If you like Meursault, we recommend the nearby Saint-Romain.

Our Burgundy buyer, Elizabeth Kelly MW is currently hard at work on the new range. She said:

“It's been a really tough year for grape growers, and I hope the coming harvest is an awful lot kinder to them. But we're still set to be well stocked in 2022, considering the circumstances. Thanks to our great relationships in Burgundy, we've been prioritised favourably, and I've got some really exciting parcels on the way.

A small upside this year will be seeing Pouilly-Fuissé releasing its first-ever Premier Cru wines. This process has taken almost ten years. The wines were made in 2020, but due to their extending ageing process, the bottles will hit the shelves in spring – keep your eyes peeled”. 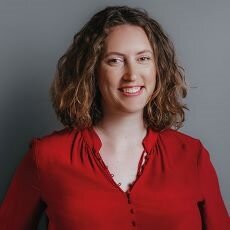 Our new range is set to arrive in the coming months. Until then, speak to one of our friendly, qualified experts in your local Majestic store to find an alternative for anything you can't find.

Here's wishing the very best in the new year for the many fantastic people behind the Burgundy wine industry.
Shop our range of Burgundian wines now
Back to Blog Home
Next Article
BROWSE OUR RANGE
WINE
SPARKLING WINE
BEER & CIDER
SPIRITS
SERVICES +
HERE TO HELP +
ABOUT US +
THE MAJESTIC GROUP +